While the Norfolk Catholic Worker serves breakfast on the streets to the hungry and homeless three mornings a week, I only make it out to work on bikes on Thursdays. 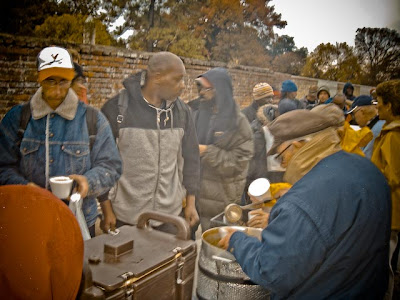 Last Thursday was particularly joyous- Obamamania was in the air. To mark the occasion, some kind soul had bought a hundred or so fair trade, organic chocolate bar. After receiving soup, sandwich and a cup of coffee, Catholic Worker Steve Baggerly handed each person a chocolate bar, solemnly intoning, "To mark the election of the first African-American president, a chocolate bar." I think I've heard Steve speak in the same gravitas when distributing Communion wafers... 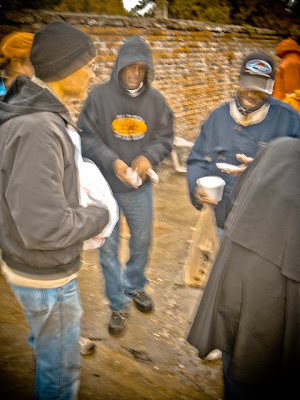 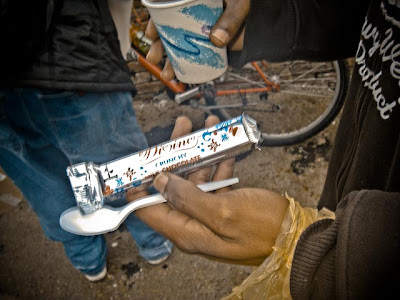 I spent an hour truing wheels and adjusting derailleurs.
Here are a few of the guys I've come to know through their bikes: 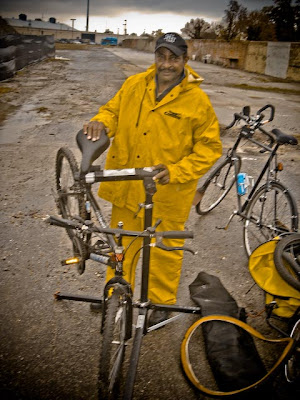 Melvin with his mountain bike on the repair stand. 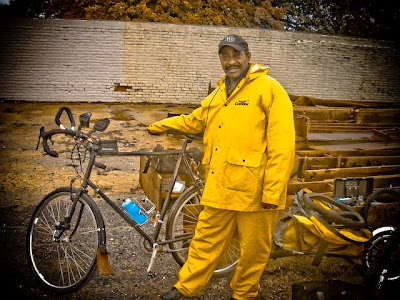 Even though it's too big for him, Melvin still posed for a portrait next to my bike.
(Complete with full fenders, aero bar, lights and a Bob trailer.) 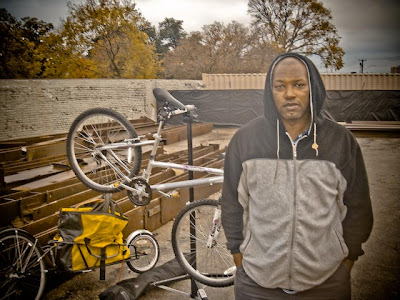 Lee always has a good bike.
His aluminum Red Rock is on the work stand behind him.
What Lee needs now is a decent bike lock. 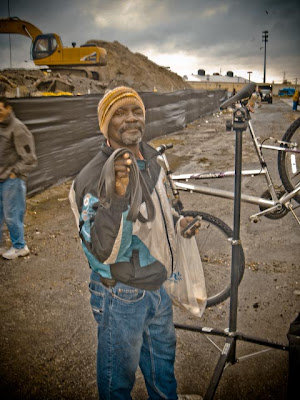 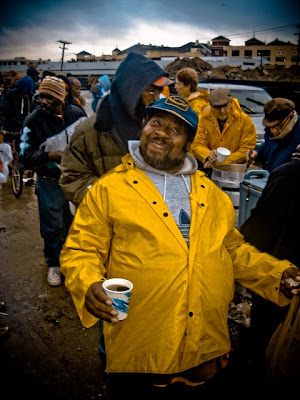 Will.
Looking for a good beach cruiser. 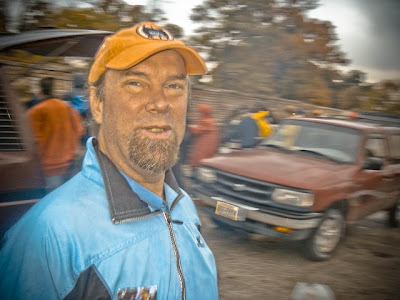 And lastly, Curtis.
Sometimes it's hard to distiguish between the Catholic Workers and the hungry...
Posted by Unknown at 10.11.08

who's looking for a beach cruiser?

Will is looking for a good beach cruiser.

Respect, Wes. You do good works.

Remember Wes, I co-run Recycles Norfolk..I would love to help you out.