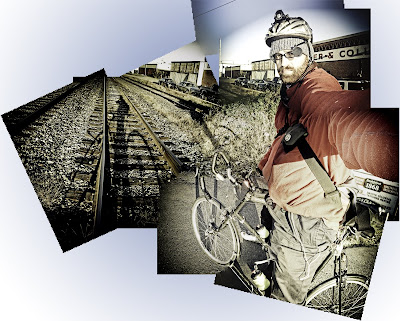 Beautiful winter morning light.
Had to take a picture. 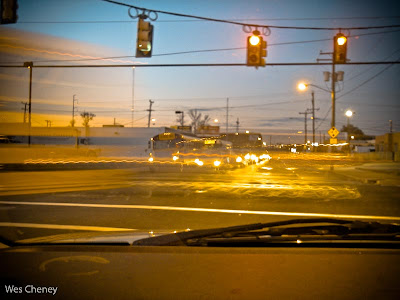 For the better part of five years now I've been heading out to the Norfolk Catholic Workers' "coffee line:" three mornings a week the NCW & assorted volunteers feed the hungry near downtown Norfolk. Yesterday was the longest line they had ever had- 160 people. 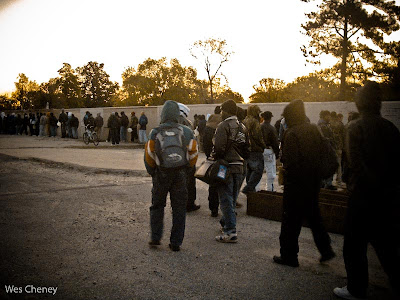 I loaded our Honda Element up with bike parts and tool boxes, and spent an hour fixing bottom dollar bikes. There's an art to truing a Huffy wheel... 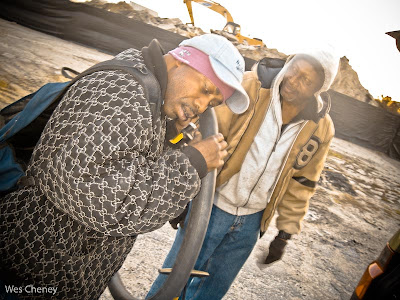 While I was busy with the spoke wrench, a couple of guys borrowed my tools & pump to find a hole in a tube.
Posted by Unknown at 31.10.08 1 comment: 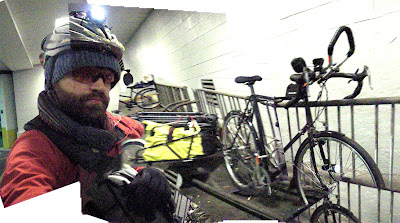 2 days before November, and it finally feels like fall. I had to drag a bunch of camera gear back to the office, so my BOB trailer was overflowing with video cameras, still cameras, shotgun mic's, lavalier mic's, a GyroCam Stabilizer & a tripod, to boot. Had to bundle up real good...I love the cold snaps come fall, when the air and early morning light seem just a little crisper...the cookies baking near Granby & 23rd smell just a little more enticing... one of these days I gotta find that bakery...
Posted by Unknown at 30.10.08 No comments:

The Weekend and the Damage Done

So after I cracked my frame on the first lap, I went back to the enduro pit & duct taped the dang thing together. Rode 4 more laps on it. It's the second Gary Fisher Rig frame that I've broken in less than 2 years. I hope Gary got his stuff together on the 2009 version, because the lifetime warranty has gotta start getting expensive... 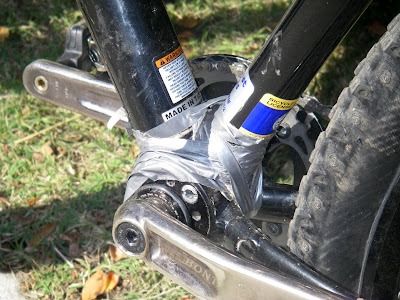 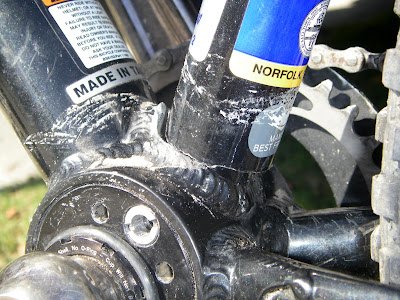 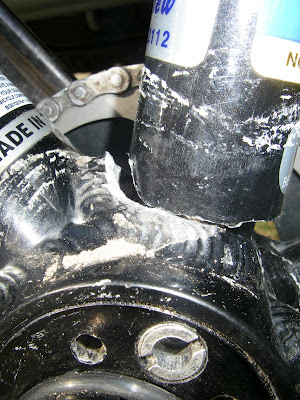 And for the fourth time in 15 months, the steel spring on my Crank Brothers pedals broke. I think it's time to switch to Frogplays... 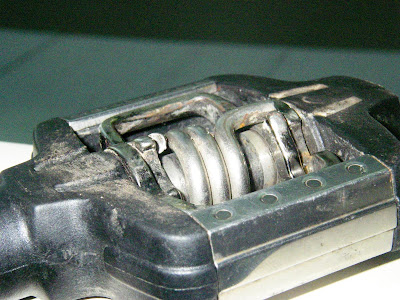 So it was a typically wacky TMBC. Rob Tripp & I dressed up as "Team Zissou." 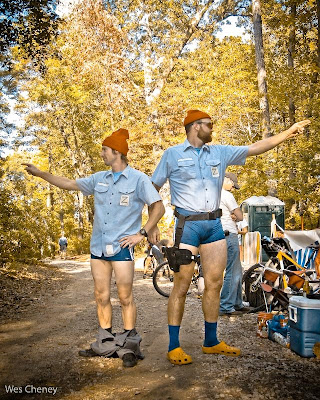 {Dang it, if you haven't heard of "The Life Aquatic, just Google it.}

Granted, we weren't as obviously recognizable as "Gene & Ace:" 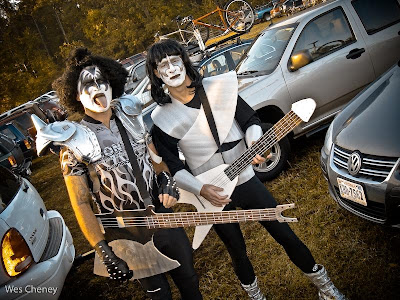 Nor did we have the sexual allure of "The Flying Nun" meeting up with Reno 911's finest. 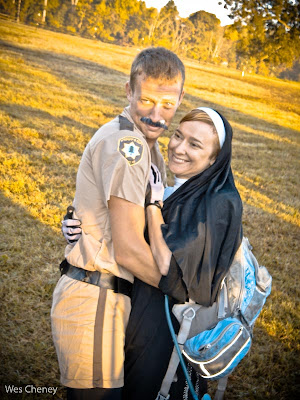 I'm sure I'll be hearing jokes from Liz to no end, but I broke another bike frame. Cracked the seat tube clear around at the bottom bracket weld. I was about half a mile into the first lap when I finally figured out that it wasn't a stiff chain leaking creaking and popping, but rather my frame. In hindsight, it probably would have been smarter to have just forfeited the lap & headed back to the Enduro pit. But in honor of Rob's busted pinky finger last year, I pushed my bike the rest of the 3.5 miles, wearing a blister on my heel in the process- Rocket 7 shoes are not made for walking.

With a roll of bargain bin duct tape I wrapped up my bottom bracket, figuring, what's the worst that can happen? My frame's already broken! Surprisingly enough, it lasted for an entire lap. Which was, of course, when one of my Crank Brothers Candy pedal broke- it's now the 4th time in 15 months that I've snapped the retention spring on the Candies. No problems with the same shoes on Crank Bros. Quattro pedals- just the Candies...

Like a good endorphin junkie, I circled the parking lot on my bike, looking to score a pair of used Crank Bros. pedals- Quattros, Eggbeaters, Acids, Candies, it didn't matter, 'cause man, the endorphin crash was comin' on hard, and I had just started to get a good buzz goin',

I scored a pedal and rode a couple more laps.

And I did it all for Estaban.